For more than 20 years, Janet Davidi has been a manufacturer and wholesaler of fine jewelry -- including diamond engagement rings and wedding bands. 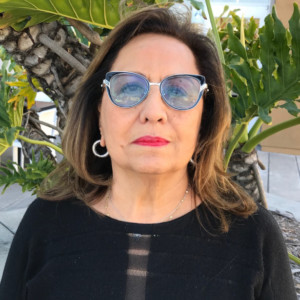 Janet and her husband moved to the United States in 1979.  Janet had a passion for fine jewelry and the American dream in her heart.  Over the next few years Janet immersed herself in all things jewelry, learning the old world ways of craftsmanship and customer centric service.  It took years of hard work and dedication to her craft, but Janet grew her business from a table at the New York Jewelry Exchange to opening her own shop.

In 1995 Janet’s daughter married and moved to San Diego.  Janet and her husband decided they wanted to be close to their daughter and their son who lived in Los Angeles. They closed the New York shop and followed their daughter and son-in-law to California.  Shortly after moving, Janet opened up a shop in Del Mar that sold jewelry not only to customers but directly to jewelry stores.  After her husband passed, Janet decided to sell the Del Mar shop and focus on selling directly to individuals.  She now travels all over the world to attend trade shows to sell her hand crafted artwork directly to consumers. To Janet, jewelry is not merely something that accentuates an outfit; it is wearable art.

Janet is a member of the Jeweler’s Board of Trade with an excellent rating. 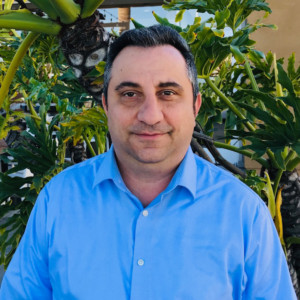 As a young man, Nima spent his summers working in his uncle’s jewelry store.  So when it came time to pick a career the answer was simple to him.  He questioned his uncle and a friend’s father on how to move toward a career in jewelry.  His friend’s father jokingly told him the best place to learn was Paris.  Nima soon discovered that his friend’s father was referring to the school in Paris, Texas. Nima moved to the small town of Paris to begin his education.  Nima discovered his passion was not for creating jewelry, but for the business interaction with clients.  Nima decided to move to San Diego in order to learn more about gemology; he wanted to truly understand the product so he could be an expert for his customers.

Soon after he finished school, Nima found himself missing Texas.  So, he took a sales representative job selling wholesale pieces to jewelry stores.  A few months after he took the job, he saw an advertisement for a salesman job on his school website.  He answered the advertisement and this is how he met Janet.

What our client say

We value our clients and always strive to deliver impeccable service.

This was such a wonderful experience! I have worked in the retail side of the jewelry industry for about 35 years. Working with Nima was a pure joy. The ring turned out just as pictured and my diamond fit perfectly. Thank you for making my dream ring!

This is my second review of this high quality, customer driven shop:  Another amazing piece of artistic craftsmanship!
My husband and I bought my engagement ring from Janet Davidi (which is stunning) and this year we decided to add some bands to each side of the ring. These bands elevated the ring to a whole new level! It looks like a totally different ring. You cannot get better craftsmanship and quality anywhere else than Janet Davidi. Even when I have taken my engagement ring to other jewelers for cleanings they remark on how incredible the detail and design are!
The customer service was just as helpful and accommodating as before. If you are looking for one of a kind statement jewelry, look no further.
EVERYONE will comment on how gorgeous your ring is! #customerforlife.

It was an absolute pleasure to work with Nima. Correspondence was prompt and all concerns were addressed. The ring itself is stunning. It’s dainty, well made and sparkles beautifully in the sun. The setting fits my stone measurements perfectly, so no need for the local jeweler to do anything but set it. I would highly recommend this company, and wouldn’t hesitate to use them again. Thank Nima and co!